Chemical analysis and evolutionary relationship among four types of quelites 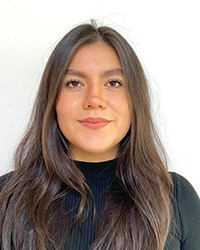 In Mexico, ‘quelites’ are consumed tender plants that grow adjacent to other crops. The consumption of quelites, as vegetables, in Mexico has occurred since pre-Hispanic times. Nowadays, among the most cultivated, studied, and consumed species are huazontle (Chenopodium berlandieri subsp. nuttaliie), quelite (Chenopodium berlandieri), verdolaga (Portulaca oleracea), and chaya (Cnidoscolus acnitifolius); however, many others with nutritional and functional potential have not been studied. The lack of information on their physiological characteristics, cultivation, and nutritional properties makes the promotion of human consumption of ‘quelites’ difficult. The aim of this study was to analyse bromatological, functional, and phylogenetic parameters in four quelite selections, which are marketed in the state of Tlaxcala, Mexico. The selections studied were: quelite, verdolaga, pápalo, and pipicha. This work was presented as a bachelor’s thesis to obtain a degree in Biotechnology Engineering and was carried out at the Autonomous Metropolitan University (UAM-I) and the Polytechnic University of Tlaxcala with the direction and co-direction of Drs. Lizette Liliana Rodríguez Verástegui and Candy Yuriria Ramírez Zavaleta, respectively. To meet the goals of the project, the research was divided into three objectives: i) to determine the ash, moisture, and pH content, ii) to quantify the content of total soluble phenolic compounds (TPC) and the antioxidant capacity (AC) by ABTS ((2,2′-azino-bis-(3-ethylbenzothiazoline-6-sulfonic acid)) and FRAP (ferric reducing antioxidant power) methods, and iii) to analyze the evolutionary relationship between them. CFTs were higher in leaves than stems, and were significantly lower in quelite than in purslane. CFT correlated (r2=0.3435-0.9985) with CA by FRAP method, in most quelite selections, except for pipicha. According to a phylogenetic analysis, and based on their evolutionary closeness between the conserved proteins MatK, RbcL and Rpl32, quelite and purslane tend to be closer to each other, and could share some nutritional properties. More studies about the nutritional and medicinal properties of quelites are underway to promote cultivation, consumption, and classification of the quelites based on their qualities.

Daniela Arrieta Flores won the ISHS Young Minds Award for the best poster presentation at the V International Conference on Postharvest and Quality Management of Horticultural Products of Interest for Tropical Regions, which was held virtually in Mexico in October 2021.

The article is available in Chronica Horticulturae